Home » In Curacao » Blue Curacao: The Liqueur, The Sea And The Island

Blue Curacao: The Liqueur, The Sea And The Island 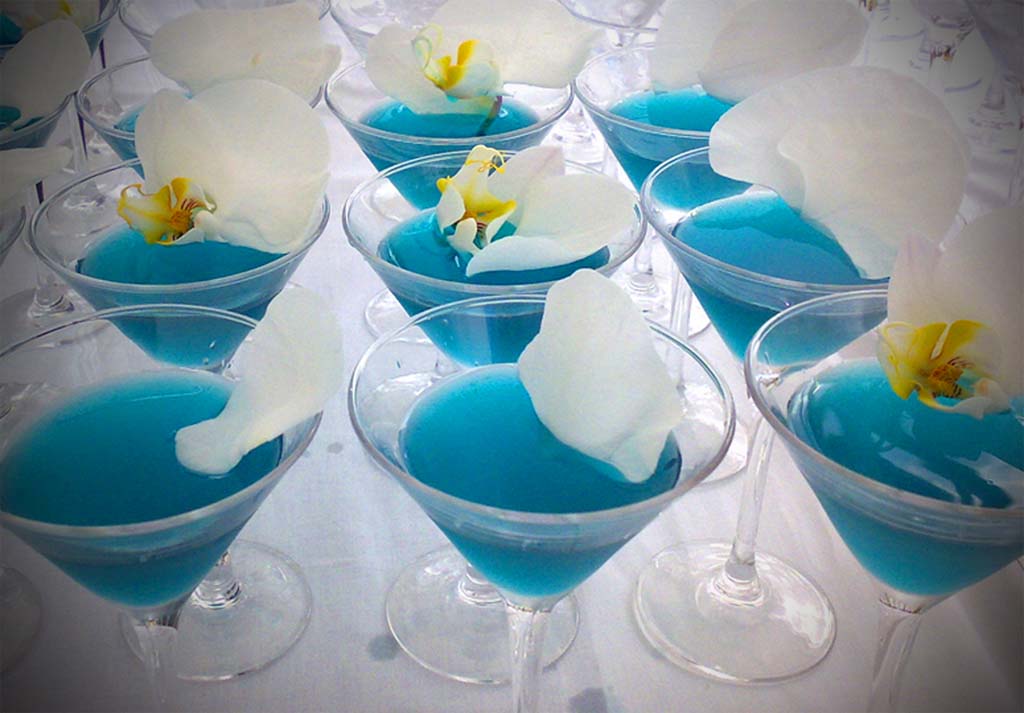 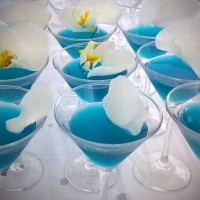 No wonder the island’s famous liqueur is so luminous.

Curacao liqueur, known around the world for coloring tropical drinks a vibrant blue, is far from the only colorful sight on this kaleidoscopic island that can make visitors feel like they are walking, or sometimes even floating, inside a resplendent painting. From mesmerizingly decorative buildings to lush coral reefs beneath sparkling turquoise waters, this Dutch Caribbean island has more than enough attractions on land and under the sea to keep visitors restfully busy for a week. Blue Curacao has even become a fashion icon.

Hundreds of buildings are marked as monuments to the island’s cultural history, including the oldest synagogue in continuous use in the Western hemisphere and a church with a cannonball stuck in the wall. There’s also a floating market of boats that come from Venezuela about 35 miles away and a hotel built into a waterfront fortress – its ramparts now house a swimming pool, restaurant and bar. Excellent snorkeling and scuba diving are strong draws to a place that provides a mix of the outdoors and festivities after dark. The island offers something in between the attractions of its neighbors: all-nature-all-the-time Bonaire and the more beach-and-party-oriented Aruba.

Curacao became an independent country within the kingdom of the Netherlands in October but its ties to the Netherlands date to 1634, when a Dutch trading settlement was established here. Fortresses built along the water now house shops and restaurants. Historic buildings earned the island’s capital, Willemstad, designation as a World Heritage site by the United Nations Educational, Scientific and Cultural Organization in 1997. When UNESCO decided to put Willemstad on a list of the world’s most culturally important cities, the group cited several distinct historic districts reflecting styles from the Netherlands, Spanish and Portuguese colonial towns that traded with the island, which developed into a highly diverse community over three centuries.

Despite its inclusion on a list with some of the world’s top tourist destinations, Willemstad can have the feel of a place that hasn’t been fully discovered yet by many travelers. During a walking tour earlier this year of the downtown area, only one tourist showed up, a visitor from the United States. Gerda Gehlen, division head of the island’s Monument Bureau, normally gives the tour in Dutch but graciously accommodated the guest by shifting to English. While cruise ships stop for a day, recent advertisements in scuba diving magazines highlight the island’s “conspicuous lack of crowds.”

“There’s no better place to get away than a place nobody’s ever heard of,” the ad says beneath a photo of a diver next to a large school of fish.

Most of the buildings display a unique mingling of classic Dutch design with Caribbean influences. Steep gabled roofs with flowing contours cap structures popping with pastel colors. Stucco walls used to cover up the rough building materials like coral stone are festooned with many brightly painted shutters. Decorative verandahs and porches round out a captivating Caribbean flair.

Downtown Willemstad is a walking tourist’s dream, because the island’s main historic districts are an easy stroll along a natural harbor.

The capital has two parts separated by Santa Anna Bay. Punda, the oldest, includes Fort Amsterdam, which was built soon after the Dutch took the island from the Spanish. A separate fortress nearby stretches more than 1,000 feet along the sea, containing a variety of restaurants overlooking the water. A long line of shops and restaurants also fill buildings along the bay, anchored by the bright yellow Penha building – an often photographed landmark decorated with bright green shutters, soaring gables and white trim. Many of the island’s oldest buildings from the 17th and 18th centuries are found along narrow alleys in Punda.

The Mikve Israel-Emanuel Synagogue, which was built in 1732, is a short walk away, a sunny yellow building with brown shutters and flowing white trim around soaring gables built in the first half of the 18th century. Inside, the floor is covered in sand, and the furniture is made of mahogany. The synagogue also has a museum with a variety of ceremonial objects.

A pontoon bridge that regularly opens for passing ships connects Punda with Otrabanda, an area developed in the 18th century on the other side of the bay that contains another waterside fortress with more shops and restaurants and a nearby casino.

Another spectacularly colorful area is a short walk from the city center. The Scharloo section features ornately decorated mansions built by Jewish merchants in the 19th century.

Taxi rides away from downtown reveal surprisingly more eye-catching buildings off the beaten path that largely go unmentioned in tour guides. Although many have yet to be restored like more prominent buildings downtown, they still can turn the head of a tourist riding by on the way to a restaurant. Options for renting cars at a cheap price are also easily found all over the island.

Walks around the city are only the beginning of Curacao’s bright-hued offerings. Beneath the surface, the island’s coral reefs offer world-class diving just off shore. Underwater visibility can be more than 100 feet, and the water temperature can exceed 80 degrees Fahrenheit.

The island’s underwater scenes teem with reef creatures large and small. A hawksbill sea turtle and octopus can be seen cruising over reefs covered with vase sponges, brain coral, sea anemones and the multicolored swirling spirals of Christmas tree worms. Small critters like the red and white banded coral shrimp hide in small openings in the reef. Another popular dive site close to shore includes a coral-encrusted tugboat.

Dive shops take divers by boat to unique reefscapes. One of the most well-known dive sites offshore is called the Mushroom Forest, for its huge mounds of mountainous star coral shaped like mushrooms jumbled on top of each other.

All Inclusive Resorts and Casinos

Once back on land, dining options abound from the multicultural cuisine that has developed from the island’s diverse population of European and African ancestry as well as proximity to South America. While there’s no shortage of serenity, a thumping nightlife also can be found by those who seek it out. There are several casinos on the island, and Mambo beach turns into a party after dark on weekends – even on Sunday night and into Monday morning. If you are visiting for longer than the time of a cruise stop, there are many choices of all-inclusive resorts with very interesting promotional packages. Sleeping seaside pelicans just within earshot of the music appear accustomed to the celebrations.

7 thoughts on “Blue Curacao: The Liqueur, The Sea And The Island”